You Got Tech Episode 10

Kuya Blogie of AngDabawenyo.com bought a new phone sometime in December, on the day we had our first official Davao Food Trip (Zakoya). In this video, he talks about his new Nokia6500 Classic, its features and other advantages he finds about his new gadget.

You Got Tech Episode 9

Hi guys. I did this interview a long time ago at a new cafe here in Davao City. I was hanging out with fellow bloggers Winston, Jun and Ria. All of us had our laptops with us and I was intent on interviewing my friends about their beloved possessions. It so happened that my videos fell into the lap of Aileen and she decided to take things into her own hands and edit it for me. A word of warning though. Some bashing of a certain brand of computer occurs here. Yeah, I'm a big meanie! But for this episode, it's all in the name of fun. :) 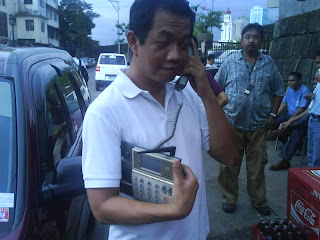 Back then, people were asking.. "how can i make my landline phone portable?"

Now, its the other way around... how mobile phones can be used as landline phones... primarily because of the cost.. its cheaper to use a landline to call another landline number right?

As far as i can remember, as early as 2006, some mobile networks here in the Philippines have released their service of making landlines portable. One example is Bayantel. They released Bayan span (I think its now called Bayan Wireless landline). Then there's Globe's Wireless landline. ummm.. ever heard of Digitel's Mango (mobile access network for the Man on the Go)? And now, i'm sure you've been hearing the buzz about PLDT's landline plus.

Aside from being a normal landline phone, it is also bundled with the service of a broadband or DSL connection.

Different networks, different range of services, and some have different units.. which one would you get?

Here are the basic factors in choosing:

Always look for a cheap yet good service. Is there such a thing? fortunately.. yes! Its just hard to find.. hehehhehe

this refers to the :

Currently, network coverage for wireless landline phones are limited. Like for only key cities or for a specific Barangay, village, or subdivision.

Here are some facts...

Before you can only use CDMA phones as a "landline". Now, you can also use any GSM phone. So what's the difference between CDMA and GSM? And if you already have a CMDA or GSM phone, then do you still need to buy another unit? What phone's are CDMA and GSM?

CMDA and GSM are two of the main competing mobile technologies.

Its a bit complicated, so imagine GSM is like the jeepney and CDMA is like a Cab/taxi. Both helps you get to your destination right? But both have their pros and cons. Like CDMA has a limit to the number of users.. the more the users.. the poor the performance of the network.

And one of the biggest difference between the two is that GSM phones uses SIM cards while CDMA phones do not.

There are phones which are both CMDA and GSM capable. => Where does 3G come in? Well its a long story.. hahahha so lets stick to these two first and I won't go deeper. Its just enough for you to know that they are different.

So, do you own a GSM or CDMA capable mobile phone? What does this mean? This means maybe you don't need to get a NEW unit.

Like in PLDT's offer, you can turn your GSM phone into a landline phone by just getting a sim card. Or if you have an existing Nokia CDMA phone (like nokia 2225, 6265, 2125) then maybe you can just activate the chosen service (as your service provider for this option).

This is the least concern of most people which i think should be on the top 2 most important things to consider.

You see, based from my experience and those that i read in the forums, after sales is becoming a nightmare!

Yes, you have those 24/7 call centers that can assist in basic troubleshooting or getting your concerns... but for some, you still have to wait and build up steam and eventually get mad for slow support.

As a final suggestion... before getting a wireless landline service.. make some research.. google around first.. search for "wireless+landline" or you can ask around your neighborhood.. surely there's someone out there who's using or has tried using this.. check what they have to say.

To help you out, here are some sites you can check:

Ok Jayvee looks soooooooooooooooo silly that it looks like a fun thing to do.
Posted by Juned at 11:09 PM 1 komento:

I was very disappointed with my iPod cover (the rubber one) when it was torn last week. I found out I forgot to separate my iPod from my ofice keys. (careless Kid). Anyway, I asked my colleagues, Andie and Cris,this afternoon to accompany me in looking for a new protective case for my iPod.

The two brought me to DCLA in Uyanguren, the equivalent of Greenhills in Davao (I think). They've been there before and were able to dress up their iPods for cheap prices. After spending a few minutes of hopping from one shop to another, I was able to get the following items for my iPod Video: 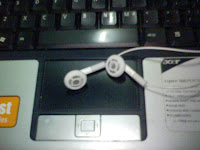 iPod Ear Phone Cap
Three sets of these Ear Phone Caps are worth P150 but I was able to get it for P120. Buy these from Power Mac, it'll cost you at least P500. 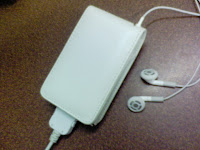 
A tip when dressing up your iPod: you can get much at a lower price when you know the right place to go. Also, brand names don't matter.
Posted by Batang Yagit at 8:03 AM 2 komento:

Hi guys, this is Coy of CokskiBlue! I'm very proud and honored to be part of this new video blog on technology for non-techies, You Got Tech! Special thanks to Ms. Google Philippines, Aileen Apolo for this great opportunity.

I will be focusing more on Technology in Entertainment (Music, Films, TV and maybe Gaming). I will be your EnTECHtainment Guide, showcasing vlogs and articles on how technology enhances the Entertainment experience.

So now, for my first contribution, You Got Tech's 7th Episode - a short interview with a YouTube Celebrity and Musician, who's the genius behind the music of the phenomenal videos of HappySlip - Josh Verdes! Enjoy!

Posted by CokskiBlue at 6:56 AM Walang komento: