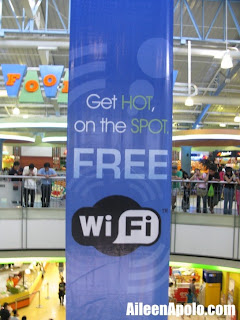 My wish has finally come true! After years of being "offline" whenever I go to my favorite SM mall (SM Bicutan), SM together with Philcom has finallyinstalled wifi at SM Bicutan. The launch was on August 21, 2009. Hooray!!!
I've tried it at the following areas:
Building A 2nd floor - good
Building A Upper Ground - good, you can also surf from McDonald's
Building B 2nd floor - good and you can easily check out stuff while inside Electroworld; gets spotty at the foodcourt
Building B Upper Ground - good, stay near the window if you are dining at Jollibee; none inside SM Hypermarket
Building B Lower Ground - good especially at the middle, you can surf while having your hair done at Going Straight!
SM has free wifi at the following malls: Marikina, Megamall, Mall of Asia, North EDSA, Cebu, Bacolod, Baguio, Pampanga, and Iloilo
Thank you SM for this early birthday gift! I just hope though that next time there won't be a noisy! noisy! band (they were good though) since it gave me a very bad headache.
Posted by Aileen Apolo-de Jesus at 9:53 AM 7 komento: 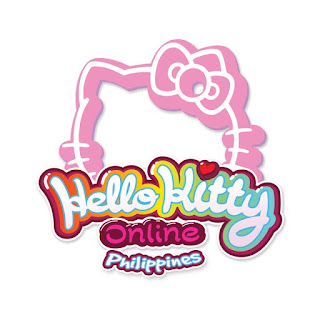 So Hello Kitty has began purring online with the launch of the Hello Kitty Online game. It's a multiplayer game where gamers can explore a magical world with favorite Sanrio characters like Hello Kitty, Batdz-Maru, Pochacco, Keroppi, My Melody and many more.
The game looks so cute with areas like the Flower Kingdom, London, Tokyo, Paris, Moscow etc. and since it's integrated with the Sanrio Town web community it gives players a chance to socialize through discussion boards, videos, blogs etc. Gamers can also build their dream home, grow their farm, make craft items and go on expeditions.
Hello Kitty Online is on Founders Beta and you can sign-up for a free account if you want to try it out.
Posted by Aileen Apolo-de Jesus at 9:22 AM Walang komento:

Last week Bayan launched their "Teach Lola" advocacy program. It aims to bring closer the digital divide between kids and grandparents.
Here's a short funny video of Lolo and Lola internet addicts -
Well, I'm currently teaching my Mom and this is my plan of action:
1. Show Mom what she can do online: watch videos on Youtube, search favorite things on Google
2. How to turn on and off the PC.
3. How to log-in to her user.
4. How to go online (click on Google Chrome icon)
5. How to chat (using the Gtalk gadget first)
6. How to type a document and print it
7. How to search on Google
8. How to watch videos to Youtube
9. How to send mail
10. How to blog (probably "for Dad") -> methinks this would be the ultimate test
Lola Techie said that the key to teaching Lola is to show her how fun the internet is.
More about the Bayan "Teach Lola" launch at An Apple a Day.
Posted by Aileen Apolo-de Jesus at 9:01 PM 3 komento:

by Guest blogger: Miguel Apolo
Approximately a month ago, my Mom handed me a Philips GoGear Aria Player to review. The first time I saw it, I thought it was a cool looking gadget that I had mistaken for an oddly designed mp3 player, until I saw the brand on the box. The design is sleek and easy to carry, the buttons are easy to understand once you've figured out what buttons does what. The screen design when you turn it on is simple, but the time it takes for it to turn on is a bit too long. The Aria's features were almost synonymous to most common Player, but what took me in was the fact that it can tune in to radio stations without any kind of antennae.
Continuing with the discussion of Aria's features, the Music folder, and its sub-folders, was neatly organized. A lot of options were available and I tested out the majority of them, althought I haven't tried going to the AudioBooks subfolder, yet. Some of the default songs installed weren't in my scope of interest in music so I have added my own mp3 files from another mp3 player.
The Video feature was something interesting, though I find it hard that I have to convert my videos into .smv. Which led me to scour the Internet for a useful .smv converter. Even with the fact that I can just install the Media Converter available in the CD, I usually use my own PC, which its OS is Ubuntu, making it hard for me to convert any video that I have.
The Images folder was a feature that I did not test that much since I have found out that I can't place images somewhere between 500 to >1000 pixels.

The FM Radio was something that caught my interest for a short while. Aside from the fact that I don't need any antennae to listen to radio stations, I can manually tune the stations, which was a neat feature. I haven't done anything else with this feature, unfortunately, along with the Recording feature that was tied to it.
The Text Reader was something of a plus to me, since my own mp3 player had that feature, but the Aria player's version of it was much more cleaner and easier to use.
The Player's setting were something that I had fun playing around. Unfortunately, it seems I wasn't able to see how long the Player's battery life is, but I can be pretty sure that it's more or less around 7-10 hours. One of the things that somehow ticks me off is that fact that the 'Themes" settings were severely lacking. The Dark theme, which is the default, was pleasing. The Light theme was basically an inverted version of the Dark theme. However, the Red theme was something that I disliked. It looked like the Dark theme with the color red somewhat tinting it, turning it to a dark-light pink color. I hope that more themes will come into play when more versions of this products come out.
All in all, the Philips GoGear Aria is an all-around 'nice' Multimedia Player. I can't wait to jump at a chance to buy it once I've pooled enough money.
Posted by Aileen Apolo-de Jesus at 5:17 AM Walang komento: