Nexus One, a Review 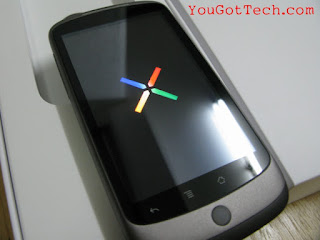 I'd like to say that this is a review of the Nexus One from a consumer's point of view, so don't expect any nosebleed tech terms in this post. I'm going to focus on how I've been using the phone.


One of my friends asked if the reception of the phone was good, "Can you hear well?" I don't have any problems calling and hearing the person at the other end of the line, in Manila and Davao. I noticed though that Globe's signal have been spotty the past few weeks. Calling "#" to get signal doesn't work (I learned that trick when I was working for a telco). Because I have small hands the phone prevents me from dialing while driving and I think that is a good thing.


I must admit it took me a couple of days to adjust to the QWERTY touch screen phone, but I eventually got the hang of it and I'm pretty pleased with my texting speed (thanks to my small fingers). I also like the fact that the messages are threaded, just like Gmail. Messages are also searchable! That function is quite useful for me since I usually refer back to messages especially when I need to check meeting details. I'm a smiley person so I've been enjoying the smileys (best used too when you're texting someone with a N1).


By wifi. I had a hard time connecting my Nexus One to my home router. My friend in Malaysia also had the same problem. I tried tweaking my router to no avail. Eventually one of my techie friends visited and reset the security settings of my router and that did the trick. Now there are days that I just go online using my phone.

By 3G. Unfortunately when I called Globe customer service they said the didn't have the settings yet for Nexus One. I figured it out so just visit this previous post on how to set it up. I find local data plans expensive so I just manually turn off 3G connection by tweaking the APN settings.

Mail. Checking mail on the Nexus One is definitely an enjoyable experience. I sync'd two accounts on the phone and easily switch from one account to the other depending on what I want to check. I was also pleasantly surprised that I could actually approve blog comments easily when I get email notification, a feat I couldn't do with my old phone. Writing emails is also not a pain especially since I also sync'd my email contacts on the phone (just needs some cleaning up though).

Watching Youtube. I was connected to mall wifi when I tried out watching Youtube videos and I was quite surprised that it streamed well and the audio volume was enough to watch the vid with two other people. The large screen didn't require me to squint to see what was ongoing in the vid. Of course, watching vids via 3G would require you to wait a bit, but it ain't that bad.

Browsing. In my old phone I was stuck to checking mail (when it worked) and checking Plurk. With the Nexus One I can easily visit links I find interesting on Twitter and I even do searches on Google for stuff I want to read about. The Facebook App has also spurred a number of photo uploads from me in real time (especially when I attend events or when I'm travelling). I need to find a solution though for posting on Blogger (haven't explored it yet). 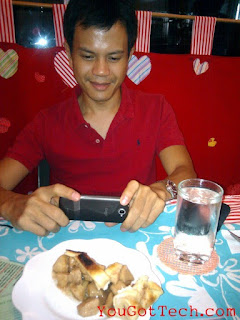 
Since I use the phone often for browsing I use up the battery in the just 24 hours. I thought though that connecting to the internet was the culprit for the fast battery drain. It isn't since you can check battery usage when you go to Settings>About Phone>Battery Use. It's the display that drains most of your battery life, so if you're on your phone most of the day (online or offline) then expect your battery to drain out quickly.


Been checking out the Android Market every few days for new apps I can download. I got a couple of games and absolutely love "Bubble Popper" (a no-brainer game). I'm still on the look-out for other apps I can use and would most certainly download stuff that would help my blogging hobby.


I was quite surprised that the Nexus One didn't have a manual! The only tutorial it has in the phone is how to scroll and click on stuff on the phone. Have no fear though since there's a lot of stuff online you can read about using your phone. The help forum is also filled with tips and tricks on how you can use it. I didn't expect to like the phone since I've been used to using Nokia phones for more than a decade now. It took me a couple of days though to adjust and read up stuff online to understand the phone better and now it's practically part of my hand (LOL). My most favorite feature though is... the alarm clock... the rooster really wakes me up!

*Second photo, Andrew uses his Nexus One to take a photo of Lachi's yummy apple pie. I took this photo using my Nexus One.
Posted by Aileen Apolo-de Jesus at 12:30 AM 1 komento:

Setting Up Globe 3G on Your Nexus One

Finally found the time to make Globe 3G work on my Nexus One. This is what I did:

I haven't tried sending a MMS yet, but I was able to connect to the internet right after I saved the setting. Remember though that you'll always be connected to the internet when you do this. I couldn't find a way to disconnect, so I just made the APN complete (left it at "i"). I'll just change it back to internet.globe.com.ph when I need to go online.
Posted by Aileen Apolo-de Jesus at 7:31 AM 8 komento: 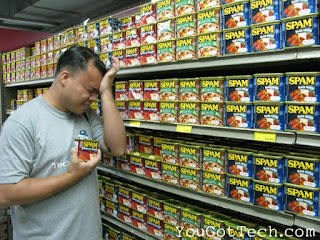 Don't you just hate spam? Not edible spam as featured in the photo, but spam... SPAM, those annoying stuff that show up in your inbox, out of topic comments in your blog, crazy IM message from people/bots you don't know (and they usually carry viruses!) and those people and bots who try to join your mailing lists just to wreak havoc in your small community with medicines, adult sites and what-have-you.

This is how I have drastically reduced spam in my online stuff:

1. Mail - I just use Gmail/Google Accounts. I've completely abandoned using another mail service because of spam because I don't want to waste my time just cleaning up my inbox for unwanted mail.

2. Blog - I use Blogger.com for my blog and have activated comment moderation and request for identification. I know it discourages people from commenting sometimes, but I believe if you really want to leave a comment you really would even with these requirements.

3. Instant Messaging - I'm scared of getting viruses. So I mainly use Gtalk for IM-ing. I just log-on to Yahoo Messenger via web, but I rarely do anymore because of all the spammy messages I've been getting the past couple of years.

4. Groups/Mailing Lists - I manage a good number of mailing lists and I've seen an uprise in spam through groups. Because of this I now require people to answer a question before they are approved to join in a mailing list I own. I already got scolded by a nun when she opened a link that opened to an adult site. Hehehe.
Posted by Aileen Apolo-de Jesus at 8:59 AM Walang komento: